A Skeptic’s Path to Enlightenment in 9 Meditations: Love and Compassion Jamyang Buddhist Centre London is delighted to collaborate with A Skeptic’s Path to Enlightenment in piloting this unique analytical meditation course, which you have the exclusive opportunity to join!

This series has a free associated course page, where you can access recordings of the sessions (including guided meditations), as well as the student forum. You can sign up here. Once you have signed up, click on My Courses to access the page.

About the Course
This course presents a 9-topic secular introduction to the lamrim, the Stages of the Path originally presented by Tibetan Buddhist masters Lama Tsongkhapa and Atisha Dipankara. Each class combines a talk and meditation on one lamrim topic.

This secular version of the lamrim was developed by A Skeptic’s Path to Enlightenment podcast to allow people interested in the profound benefits of analytical meditation to benefit from Buddhist mind training techniques without requiring belief in aspects of reality unverifiable through modern science, such as past and future lives and other realms.

Though this presentation is designed in a secular way, it is still presented in the same manner as the traditional lamrim: a sequence of graded topics that gradually move the mind toward greater happiness, wisdom, and interconnection.

The course is a new offering being tested by its creators, longtime students of Tibetan Buddhism, who encourage and welcome feedback from both newcomers and seasoned students to help develop this material for a wider audience.

“The time has come to find a way of thinking about spirituality and ethics that is beyond religion.”
— The Dalai Lama. Beyond Religion, 2011

Is this for me?
Absolutely! This course is for all those who are interested in learning a set of powerful meditations that can help in developing greater peace of mind, as well as finding happiness and fulfilment in daily life. If you are a practitioner of Tibetan Buddhism, these meditations will support your reflections on the lamrim.

What can I expect?
Each of the nine classes addresses one lamrim topic from a secular perspective. The class is divided into a lecture, guided meditation, and group discussion. Meditation on each topic is encouraged during the week following the class, but not required. Drop-ins are welcome to any individual class.

PLEASE NOTE: You must register for each individual session that you would like to attend. Click on the relevant session above.

About the Teachers
Scott Snibbe and Stephen Butler, the co-founders of A Skeptic’s Path to Enlightenment, will lead the class. Scott and Stephen consider themselves enthusiastic students of Buddhism acting as “teaching assistants” with other fellow students, but are not authoritative teachers of Buddhism. 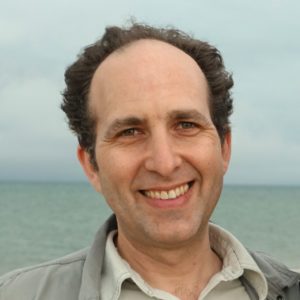 Scott Snibbe is a twenty-year student of Tibetan Buddhism whose teachers include Geshe Ngawang Dakpa, Choden Rinpoche, Ven. Rene Feusi, Lama Zopa Rinpoche, Gyumed Khensur Rinpoche Lobsang Jampa, and His Holiness the Dalai Lama. Inspired by his teachers, he leads meditations that infuse the pure lineage of the great Buddhist masters with science, humor, and the realities of the modern world.

Before founding A Skeptic’s Path to Enlightenment, Snibbe worked as a digital artist and entrepreneur. He has created bestselling art and music apps, and collaborated with musicians and filmmakers including Björk, James Cameron, and Philip Glass. His interactive exhibits have been collected by both science and art museums, including the Whitney Museum of American Art and New York’s Museum of Modern Art. His most recent company, Eyegroove, was acquired by Facebook to incorporate its augmented reality effect technology into Facebook, Instagram, Messenger, and WhatsApp. 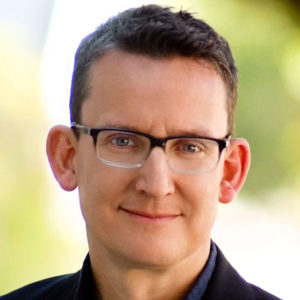 Stephen Butler has been a student of Buddhism for 30 years. Since 1999 he has trained under Geshe Ngawang Dakpa, one of the last Lamas schooled in Tibet’s original monasteries. Stephen’s other teachers include His Holiness the Dalai Lama, Denma Locho Rinpoche, and Choden Rinpoche. He holds a degree in East Asian Studies and Religious Studies from the University of Arizona.

Stephen works in the field of Native American and Indigenous music to deepen our understanding of Indigenous cultures. At Canyon Records he produced more than 230 studio and live productions, including 20 Grammy-nominated recordings by artists including R. Carlos Nakai and Northern Cree. Stephen’s volunteer work in Himalayan Nepal, India, Sera Jey Monastic University, and San Francisco’s Tse Chen Ling merge his interest in Dharma, his passion for cultural preservation, and his work in media production.

Cost
Jamyang Buddhist Centre is a non-profit organisation that relies on the generous donations of the community. If you would like to make a contribution to help us continue to offer classes like this one, please click here.