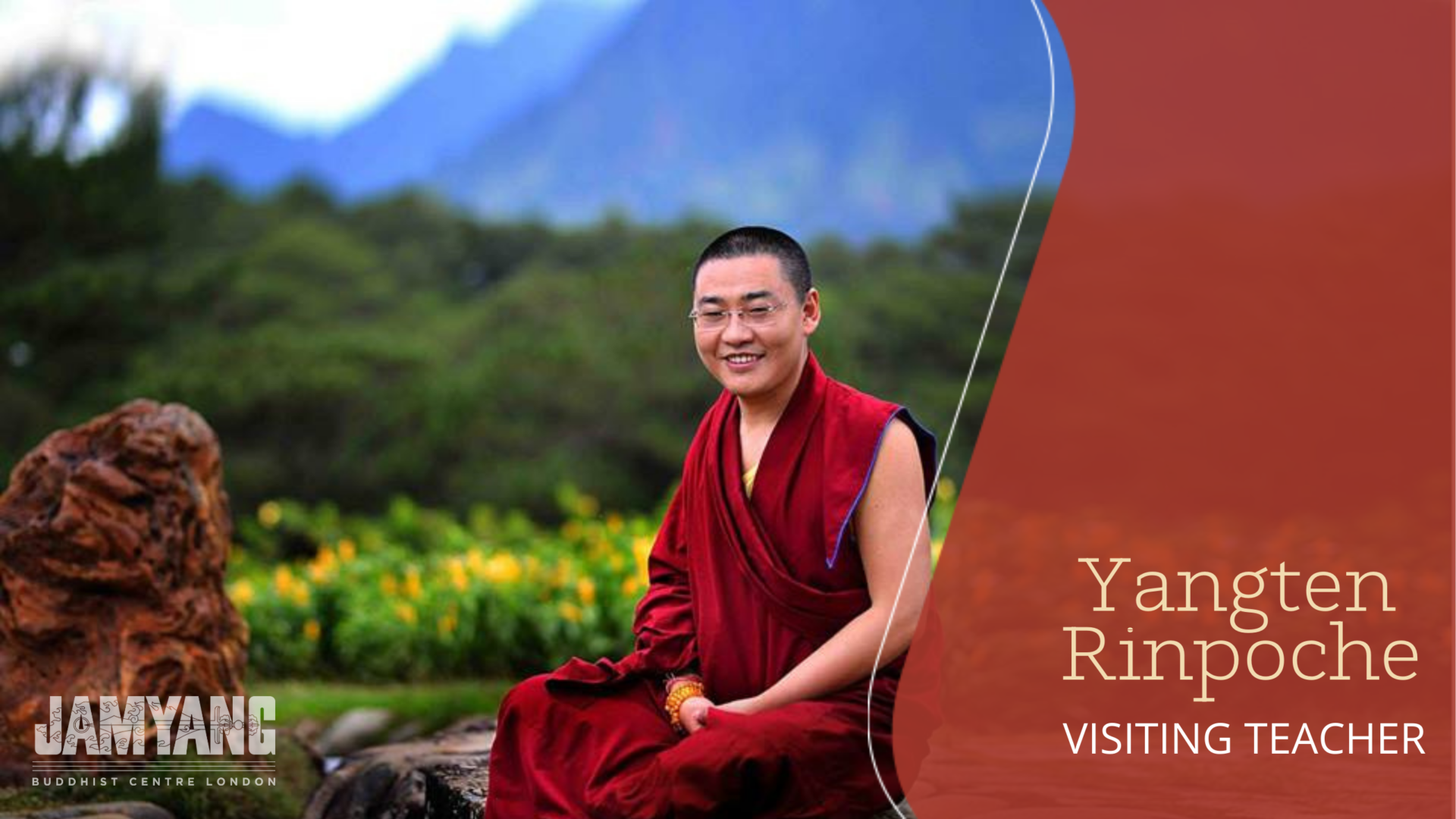 Yangten Rinpoche was not able to teach one of the classes in the series, so he has kindly offered a replacement class. Please book below!

About the Course | Saturdays, 08 January – 26 February | 10:00 – 12:00
The literary genre known as Lam Rim, or Stages of the Path, originated with the 10th century scholar called Atisha. His seminal work, A Lamp for the Path to Enlightenment, condensed and systematised the vast canon of the Buddha’s teachings into its quintessential instructions. Over 300 years later the genre enjoyed a renaissance in Tibet under Lama Tsongkhapa, whose oeuvre includes Song of Experience, one of the pithier of his Lam Rim treatises.

During the early months of 2021, we had the great privilege of Yangten Rinpoche providing a commentary on the first part of this profound and fundamental text. We’re delighted to share that Rinpoche will be returning to complete the teachings at the beginning of 2021. The translation of the text that we will be using is by Geshe Thupten Jinpa, long-time translator to His Holiness the Dalai Lama.

Is this for me?
Anyone with an interest in Buddhism can attend this course. However, it will be helpful to have a basic understanding of Buddhism, in particular the teachings of the Lam Rim.

What can I expect?
An exposition of a profound Buddhist text by an esteemed scholar.

About the Teacher
Born in the Kham region of Tibet, Yangten Rinpoche was recognised as the reincarnation of his predecessor at the age of 10. An alumnus of the illustrious Sera Monastery, he graduated with the highest possible degree of Lharampa Geshe before completing his studies at Gyuto Tantric College. Since 2008, at the personal behest of His Holiness the Dalai Lama, Yangten Rinpoche has been working at the Office of His Holiness the Dalai Lama in various capacities. Click here to read Rinpoche’s full bio.

About the Translator
Geshe Kelsang Wangmo is a German-born Buddhist nun, scholar, and teacher. She is the first woman to ever be awarded the title of Geshe. We are honoured to have her translating for Yangten Rinpoche.