When & how did your Journey with Jamyang begin? 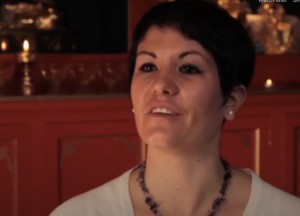 I came to Jamyang on a rainy day in October 2006 to hold an interview for the role of Spiritual Programme Coordinator. At 24, arriving from Mexico, I did not hold high expectations of getting the role but wanted to give it a go as my several applications to be part of the hospitality team had gone unanswered. And voila, who did I meet at the door (after Dave Benn of course)? Esther Del Rio who was a long-term volunteer residing at the Centre at that time. She gave me the warmest reception and a guided tour of both gompas and spaces. I then met Geshe Tashi and immediately felt a strong sense of responsibility if I was to take the role. And I was lucky enough to been offered it. And from then on came many years of working for the Jamyang Community, and importantly, our dear teachers His Holiness the Dalai Lama, Lama Zopa Rinpoche, Lama Yeshe and Serme Khen Rinpoche Geshe Tashi Tsering.

What does it mean to have a centre like Jamyang in London?

It is a gift for the world. Yes, at the moment it is Londoners who have the maximum opportunity to use it, but similarly, the work of Jamyang such as the Foundation of Buddhist Thought course goes beyond a physical location. And the current pandemic has highlighted the benefit of engaging with both a local and a digital community. 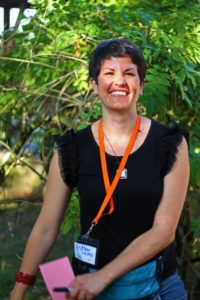 What does the Jamyang community mean to you?

Jamyang is the Buddha, the Dharma and the Sangha in a little corner of South London. Tucked away between tall buildings, the prayer flags of the courtyard give a small glimpse of the colourful and rich tradition that resides inside the old courthouse doors.

From my perspective, the Jamyang community is not monolithic, but rather dynamic and flexible.  As a younger practitioner coming from a newly formed FPMT study group in Mexico to a well-established Centre, I found the richness of the diverse stages of practitioners very humbling and inspiring.

At Jamyang, you can find people that were pioneers in bringing Dharma to Europe, experienced meditators and retreat leaders, scholars and authors of best-selling Buddhist books (and that is not including the teachers). And, alongside the rich tradition, you also have a very fresh and contemporary approach to Buddhism that is suited to an urban city like London.

What are your visions for the future Jamyang community?

I hope Jamyang can continue to provide the most inspiring mix of Dharma, Universal Education, Community work and Interfaith events. I hope the work that we do responds directly to His Holiness The Dalai Lama’s four priorities and the huge challenges of our time: climate change, racism, wealth inequality and attention deficit. I hope we can find ways to share the amazing wisdom from the community members with other FPMT and other Buddhist and community groups around the world.